Argentinian cuisine is a blend of native or local ingredients and the influences of the emigrants who settled there.

Argentina is South America's second largest country, snugly situated between the Andes mountain range, the Pacific Ocean, and the South American countries of Brazil, Paraguay, Uruguay, Brazil, and Chile. Being situated in such a manner, Argentina is exposed to many different cultural influences from all directions, including countries all the way across the Pacific. Spain took it upon themselves to permanently settle in the country in the late 1500s, and remained there until Buenos Aires formally emancipated themselves in 1853. One of the most remarkable differences between Argentine Cuisine, American cuisine and exotic cuisines from around the world is the heavy influence that the cuisine of the Italian and Spanish cultures had on it.

Startlingly enough, due to the influence of the Italian culture on the country of Argentina, Italian food staples such as lasagna, pizza, pasta, and ravioli are commonly seen on the Argentine table, at least in the country's major cities. Unusually enough, when it comes to Italian food, white bread is also common, as are side dishes made of vegetables native to Argentina, such as potatoes, eggplants, squash, cucumbers, and zucchini. The native yerba mate is a popular drink.

Argentina is also one of the world's leading producers of milk, wheat, corn, and meat (including, but not limited to beef, goat meat, pork, and lamb) so naturally, these things are very common in the Argentine dish. Argentine dishes are normally very high in protein, so grilled meats are commonly seen on a plate of Argentine food.

Empanadas, pastries stuffed with meat or cheese, are also an Argentine favorite. They are commonly served in Argentine restaurants, and are national favorites. Empanadas are normally eaten baked or fried, and are often served at parties or festivals as appetizers. The dessert version of an empanada usually consists of brown sugar or fruit such as apples or oranges.

In smaller cities, the foreign influences of Spain and Italy are less apparent. Milanesas, thin slivers of meat dipped in eggs, bread crumbs, and then fried in oil, are common fare in the rural areas of Argentina. Their simplicity makes them great snacks, but they can also be served as part of a meal piping hot served with mashed potatoes, or between two slices of bread as a sandwich.

The master chefs are more apt to return to the more classic, provincial style of preparing and cooking food, which bears more of a resemblance to Mexican cuisine than that of Italy. Bolder, more intense spices are used. Calling forth once more the Spanish influences in Argentina, Argentine cooks are famous for their tortillas; unlike the Mexican version of the tortilla the Argentinian uses potato dough, in contrast to the traditional Mexican corn or flour tortilla.

Desserts are more popular in these areas, as well. Dulce de leche which roughly translates into "Milk Jam", a sweet pudding of sugar and milk, is a popular dessert in Argentina. This lightly brown-colored pudding is eaten alone, or stuffed in cakes or pies. Sometimes the treat is also crystallized into a solid wafer-like candy substance.

Argentina is known for its wide variety of food, but one of its most iconic dishes is the choripan, their street food. The choripán is a traditional Argentinian sandwich that consists of a grilled or barbecued chorizo served on a split, toasted roll. It is typically filled with chimichurri sauce. 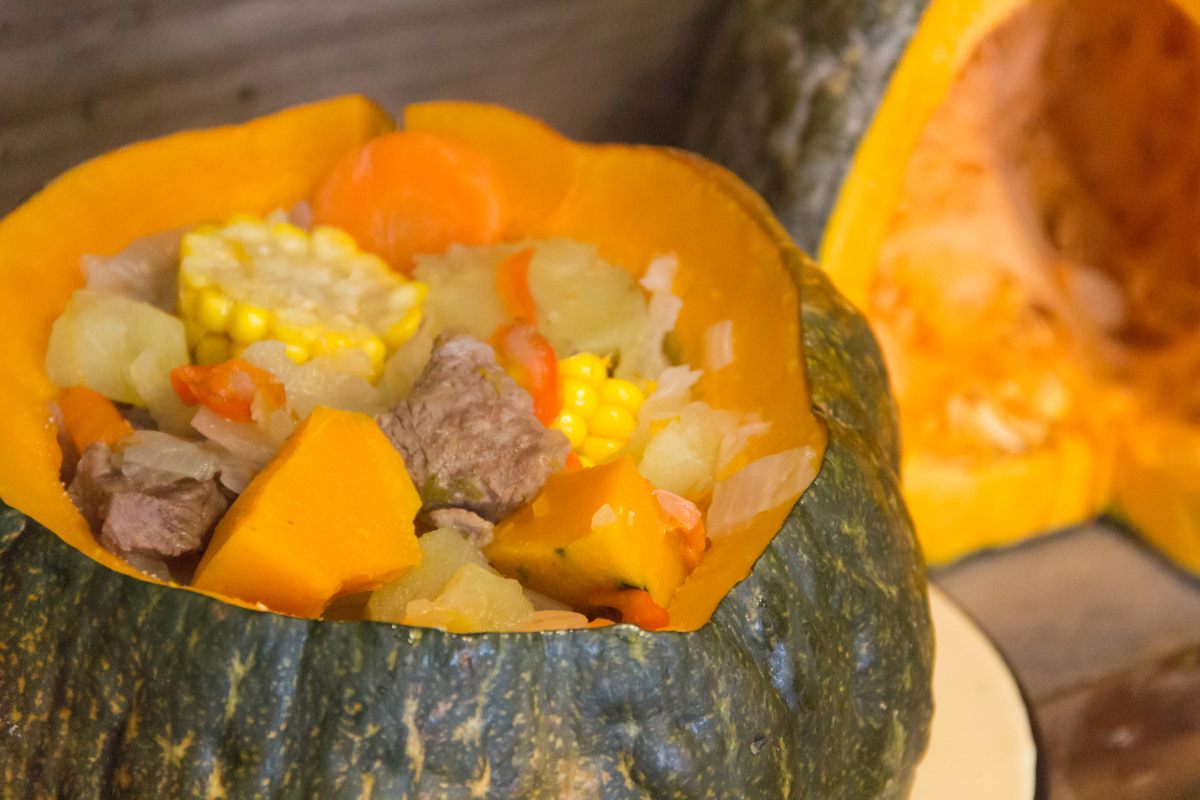 Other of the most popular dishes from this region is carbonada, a traditional stew made with beef, pork or chicken, potatoes, corn, carrots, tomatoes, onions, chili peppers and other ingredients.

Argentinian meal times are also heavily influenced by its culture. Lunch, known as almuerzo, is the main meal of the day and usually consists of a hearty soup or stew such as locro, accompanied by a selection of cold cuts and cheese. Dinner is referred to as cena and is often a lighter meal, typically consisting of sandwiches and salads. Snacking is also an important part of Argentinian culture, with pastries, empanadas, and other snacks available throughout the day.

Argentina is also home to some unique cultural celebrations. Every year, the city of Buenos Aires hosts Feria de Mataderos, a traditional festival where visitors can sample regional specialties such as choripan (a grilled sausage sandwich) and locro. At this festive event, locals also enjoy folk dancing and music performances.